Msgt. Hans J. Riechel USA Ret. Was born on the 1st of September, 1929 to Gustav Riechel and Therese Fink, in Gottingen, Germany. On November 13th at 7:58 a.m. he passed on and left this world a little darker for all of those who knew his light. He was 92. A resilient and driven man who was a Russian POW, immigrated to Canada and worked in logging camps and goldmines. He came to the United States to join our great military. He retired 21 years and 8 months later, on July 31, 1984. After, he worked for Walmart of Elizabethtown, Ky for 20+ years. Those who took the opportunity to know him truly know love, acceptance, and the value of people. At the time of his death, he was at home surrounded by loved ones. He will be sorely missed. He was preceded in death by his beloved wife, Elsbeth M. Riechel who passed April 29th, 2005, his mother, father and older brother, Helmut Riechel and many, many military brothers. He is survived by his daughter, Ursula D. Bergert (Gene Tucker), his grandsons, Sgt. 1st Class Adrian T. Reece (Rebecca), Sgt. Aaron Reece (Kati), his granddaughter and caretaker, Andrea M. Chandler (Christopher "Justin"), and his three beautiful great-granddaughters, Natalie Reece, and Rheala and Krysta Chandler who he loved dearly. There is also an unnamed number of friends, family and in-laws. The funeral will be Friday, November 26, 2021 at 1 p.m. at Brown Funeral Home. Burial will follow in Elizabethtown Memorial Gardens. Visitation will be from 11-1 p.m. Friday, November 26, 2021 at the funeral home. Condolences may be expressed online at www.brownfuneral.com. 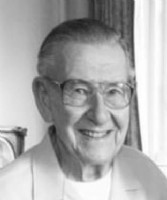