Rene Joseph Emond, (December 29, 1937 - September 24, 2021), was born and raised in the northeastern Wisconsin town of Two Rivers. He earned a BS degree in Business Administration from St. Norbert College in DePere, WI and was commissioned in the US Army through Army ROTC. He began his Army career at Ft. Knox, KY in 1959 and retired from active duty at Ft. Knox in 1985 after 26 years of service. He served in various command and staff assignments including two tours of duty in the Republic of Vietnam and two tours in West Germany. At Ft. Knox, his many assignments were at the Armor School both as a student and member of the staff and faculty. In 1991 he returned to Kentucky and became the Registrar at Elizabethtown Technical College and in 2003 was appointed Director of Off Campus Programs Center at Fort Knox. He retired from Elizabethtown Community and Technical College in 2008. He was a member of the Lincoln Trail Area Master Gardeners; on the Supervisory Committee of the Fort Knox Federal Credit Union; a lifetime member of the Military Officers Association of America (Fort Knox Chapter) and a member of Leadership Elizabethtown. He and his wife, Georgia, were parishioners of St. Ambrose Catholic Church in Cecilia, KY. The final years of his life were spent back in Wisconsin where he lived in Union Grove and finally Waunakee. He loved all sports and took great interest in the activities of his grandchildren Marcel, Blaise, and Trinity. He was preceded in death by his parents David A. Emond and Esther (Zik) Emond, his son Andrew J. Emond, his wife Georgia (Belcher) Emond and his brother David G. Emond. He is survived by his son R. David Emond (Waunakee, WI) and grandchildren Marcel J. Emond (Waunakee, WI), Blaise A. Emond (Waunakee, WI) and Trinity A. Emond (Abbotsford, BC). The funeral will be Tuesday, October 5, 2021 at 1:00 p.m. at Brown Funeral Home with Rev. Ben Brown officiating. Burial will follow in St. Patrick Cemetery. Visitation will be from 11 to 1 p.m. Tuesday at the funeral home. Condolences may be expressed online at www.brownfuneral.com. 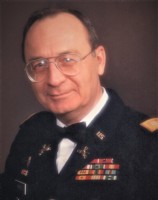