Dick Eugene Potts, 64 of Elizabethtown, passed away on Tuesday, August 24, 2021 at his home. He was a native of Frankfort, Germany and worked as a foreman at Sherman Dixie Concrete. He served in the U.S. Marine Corps, was a previous post commander and member of American Legion in Hodgenville. Dick loved to play pool and cards, fishing, watching netflix, and loved Old Westerns. He was preceded in death by his father, Richard Eugene Potts; a brother, Merle Potts; a special friend, Wanda Blair. He is survived by his mother, Inge Bischoff Matusiak (Marty); a daughter, Ashley Cunninhgam; four sisters, Maggie (Sam) Turner, Gabriele (Mike) Medley, Tracy (Wayne) Hardeman, and Samantha (Joel) Puckett; three granddaughters, and several nieces and nephews. A graveside will be held Thursday, September 2 at 2:30 p.m. at Kentucky Veterans Cemetery Central in Radcliff. In lieu of flowers, expressions of sympathy may take the form of donations to the Homeless Veterans Reintegration Program. Condolences may be expressed at www.brownfuneral.com. 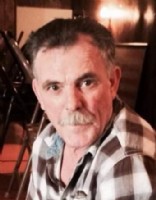