Genevieve Napier Elliott, 92, passed away at her home on Friday, April 16th, 2021, surrounded by loved ones. A native of Central City, Kentucky, in Muhlenberg County, Genevieve enjoyed telling stories of how she and her siblings would play in the coal ash near her fathers place of employment, Peabody Coal Company. Genevieve and her siblings would be covered, head to toe, by the coal ash. Another favorite tale was Genevieve receiving her first, and only, doll, spotted at The Company Store, conveniently owned by Peabody Coal Company. After graduating high school, Genevieve bravely moved to Louisville. She earned her Bachelor of Science in Nursing degree and became a licensed Registered Nurse at the University of Louisville. It was at this time that she met her future husband, George C. Elliott, as he was attending the University of Kentuckys School of Pharmacy, located in Louisville at that time. Genevieve and George were married in Louisville on Derby Day, May 2nd, 1953. The Elliotts began their life together in Bonnieville, Kentucky, where they quickly set about expanding their family. Between Bonnieville and Gamaliel, Genevieve gave birth to four healthy boys. Determined to add a baby girl to the mix, Genevieve and George welcomed the final member to the Elliott clan in 1963. Genevieve enjoyed a nursing career that spanned over 35 years and included trudging through blizzards and heat waves to get to her patients in the early days of her professional life. After spending time in Bonnieville, Gamaliel, and Horse Cave, Genevieve and her family settled in Elizabethtown in 1972. Genevieve continued working and eventually retired from her vocation as a Registered Nurse at Hardin Memorial Hospital while George operated his pharmacy, Helmwood Medical Center Pharmacy (your health is our business).Genevieve was a member of the Elizabethtown Church of Christ and dearly missed going to services in her later life. Genevieve cherished visits from Patsy Pence, to whom we are eternally grateful. Genevieve enjoyed reading, working puzzles, listening to gospel music, and spending time with friends and family. Genevieve adored her grandchildren and reveled in the time spent with them at Freeman Lake, Bernheim Forest, and other local parks or merely spending time with them at home. Genevieve was preceded in death by her husband George C. Elliott and is survived by her children, sons Greg Elliott of Bowling Green, KY; Grant Elliott of Culver City, CA; Geoff (Julia) Elliott of Pasadena, CA; Gene Elliott of Memphis, TN; and daughter Georgia (Richard) Elliott Roberts of Elizabethtown, KY; six grandchildren and four great-grandchildren. A celebration of life will be held at the Elizabethtown Nature Park, 1900 Ring Rd., on Saturday, May 15th at 11 am Eastern Time. Flowers (710 Clifford Dr.) and/or memorial contributions to Hosparus are equally welcome. 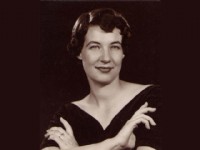