Woodrow William Will, 73, of Cecilia, died Thursday, December 19, 2019 at Hardin Memorial Hospital. He was born on April 22, 1946 in East St. Louis, IL. Woody was a loving member and Deacon at Cecilia Baptist Church. He worked at McDonald Douglas Aircraft Corp. for over 10 years. In 1966 he went into the U.S. Air Force as a Fire Control Systems Mechanic on the F100 Super Saber. While serving in the Air Force, he met Linda Woodring in Madrid, Spain and they married in 1970. They moved to Cecilia in 1978. He attended Elizabethtown State Vocational School and finished with a Bachelors Degree from Western Kentucky University. In 1979, he was one of the founding members of the KY 86 Fire Department. Woody taught Industrial Electricity and worked in Maintenance at ECC. In 1984, he became the Fire Rescue Training Coordinator with KCTCS until his retirement. He wrote many fire training programs that are currently being used across the state. He was an instrumental part of the Dixie Fire Fighters Association and was Editor of the Smoke Signals II News Letter. After retirement, he went to work for the Hardin County Sheriff's Office as the Training Coordinator. Because of his passion for the Lord, Woody became the Chaplain to all Emergency Responders. One of his loves was music. Woody was a part of many choruses and was a proud member of Heart of Kentucky Men's Chorus. He was preceded in death by his wife, Linda Woodring Will and his parents, Woodrow and Corrine Will. He is survived by two children, Rachel Will and Woody H. Will and his wife Amanda all of Cecilia; one brother, Frank Will of Palm Desert, CA; a sister, Ethel Massey of Dupo, IL and three grandchildren, Mackenzie, Hailey and Brody. The funeral will be Monday at 10 a.m. at Cecilia Baptist Church with Rev. Donnie Davis officiating. Burial will follow in Elizabethtown Memorial Gardens. Visitation will be from 4 to 7 p.m. Sunday at Brown Funeral Home and continue after 9 a.m. Monday at Cecilia Baptist Church. Expressions of sympathy may take the form of Contributions to Cecilia Baptist Church for Missions. Condolences may be expressed online at www.brownfuneral.com. 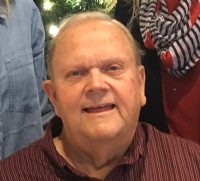