Francis White Gardner, 82 of Hodgenville, died Tuesday, January 1, 2019 at his home. He was a native of Hardin County, served in the Army National Guard and retired from Teamster Union. He was a member of St. James Catholic Church and was an avid fisherman and outdoorsman. He was preceded in death by his first wife, Annick Dahiral Gardner; his parents, Stanley W. and Ada Elizabeth Gardner. He is survived by his wife of 31 years, Naomi Gardner of Hodgenville; two sons, David Wayne (Lisa) Gardner of Elizabethtown and Steven Allen (Sheri) Gardner of Glendale; one brother, Charles (Alene) Gardner of Elizabethtown; one sister, Patricia Griffith of Elizabethtown; two grandchildren and three great grandchildren. The funeral will be Saturday at 11 a.m. at St. James Catholic Church. Burial will follow in St. James Cemetery. Visitation will be from 4 to 8 p.m. Friday and continue after 9 a.m. Saturday at Brown Funeral Home. Condolences may be expressed online at www.brownfuneral.com. 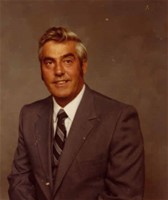