Terry Lee Stiles, was born in Fort Knox, KY on June 10, 1950 and died at his home in Leitchfield, KY on Monday, May 21, 2018 after a short illness. Terry was the owner of Drydock Marine, located on Nolin Lake for many years and before that, he owned and operated Taylor County Boat Dock. He was a master boat technician, and specialized in Mercury boat motors. He developed a love for boat racing, and competed several times and placing in the Madison Regatta. Terry was a master craftsman, he studied Forestry and Industrial Woodworking at UK's campus in Quicksand. Later, he opened a shop in Rineyville where he refinished antiques and built custom furniture. He was an avid outdoorsman, who loved to hunt and fish. He was a conservationist and member of Ducks Unlimited. Terry adored his wife, Theresa, and together they built a beautiful home near their business. He enjoyed spending time with family, most especially holiday gatherings. He was preceded in death by his father, Robert Stiles; and his mother and step father, Mary Anderson Lewis and Paul Lewis. He is survived by his beloved wife, Theresa Stiles of Leitchfield; one daughter, Sunday Stiles Clauson of Elizabethtown; two sisters, Paula Lewis and Starla Lewis both of Lexington and three grandchildren, Hadley, Jackson and Riley Ford. The funeral mass will be Friday at 1 p.m. at St. John the Baptist Catholic Church with Rev. Dan Lincoln officiating. Burial will follow in Elizabethtown Memorial Gardens. A short visitation will be held from 11:30 to 12:30 Friday at Brown Funeral Home. In lieu of flowers, Donations may be made to the donors favorite charity. Condolences may be expressed online at www.brownfuneral.com. 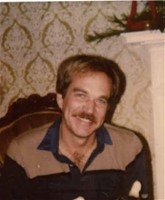