Russell Jeffries, 84, of Elizabethtown, Kentucky, passed away peacefully Friday, December 30 at Jewish Hospital. Russell was born on his family farm in Stephensburg, Kentucky on October 21, 1938. He graduated from Lynnvale High School in 1957 and continued his education at Nashville Auto Diesel College, graduating in 1960. In 1959 Russell married the love of his life, Nancy Baugh Jeffries, shortly before opening Jeffries Shell Service Station & Repair Center on West Dixie. After selling the business Russell worked for sixteen years as Maintenance Superintendent for Gates Rubber Company before joining Nancy’s real estate firm, Jeffries Realty Gallery of Homes in 1982. Russell was very involved in both local and state real estate groups and was a member of the Heart of Kentucky Association of Realtors for almost 40 years. He was named Realtor of the Year in 1991 and served as board president in 1992. He was involved in some aspect of real estate for the remainder of his life. Russell loved being outside; hunting, fishing or just observing nature quietly. Russell was a long time supporter of Ducks Unlimited and their mission of habitat conservation. He was preceded in death by his wife, Nancy: parents, Fred and Nellie Jeffries: two sisters, Doris Proctor and Mildred Hubbard. Survivors include two daughters Renee Young (Craig) and Terri Tart (Scott): a brother Clifford Jeffries; three granddaughters Ashley Bewley (Colby), Kaitie Jones (Brandon) and Hannah Tart along with four great grandchildren, Finleigh Jones, Beau Bewley, Crew Bewley and Shepard Russell Jones. If you knew Russell, you knew his stories were legendary, his laughter infectious and he showed his family everyday that love is the greatest gift that one generation can leave to another. A private memorial service will be held Friday, January 6. 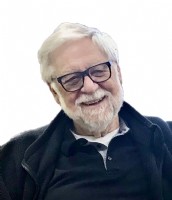