Dr. James Martin Tapp of Elizabethtown, Kentucky, peacefully passed away on September 3, 2022. He was born in Springfield, KY, on April 1, 1934, the fourth of seven children born to the union of William and Berry (Thompson) Tapp. He attended Springfield High School, lettering in football as a 240-1b tackle. Upon graduation, he was drafted into the Army during the Korean Conflict, serving most of his time in Germany as a medic. He was married to Frances Marie Cambron, also of Springfield, for 34 years until her passing in 1989. They were the parents of five children: Martina, Melissa, Jack, Melanie and Monique. Upon completion of his tour of duty in the Army where he met his mentor and life-long friend, Dr. Gene Walters, already a doctor of chiropractic, the two of them traveled to Davenport, Iowa, where the young Jim Tapp enrolled in Palmer College of Chiropractic. After graduating in 1960, he began his practice in Elizabethtown, remaining there for the next 38 years until retirement in 1998, although he never completely retired from the profession. His second occupation was farming. He loved the land, his registered herd of Charolais cattle and making all things beautiful. He was a good steward of God's beautiful creations, improved for his keeping of it. His work ethic was unmatched. Dr. Tapp was a faithful Christian, attended church regularly, and served God in many capacities. He was a member of the Board of Directors of the Hart County Ambulance Service, served as Chairman of the Board of Directors of the Linwood Volunteer Fire Department and Community Center, was part owner and officer of Hart County Communications, Inc. (WLOC in Horse Cave and WKNK in Edmonton), and was part owner and board member of Powder Mills Trout Ranch, Inc. He was an avid UK basketball and football fan. In 1990, he married the former Delores (Dee) Shelton-Best, a Hart County native, making their home in Linwood, Hart County, Kentucky, for twenty years before returning to Elizabethtown in 2013. Left to mourn his passing are his wife of 32 years, his children: Martina (Danny) Spalding, Melissa (Jeff) Gaddie, Melanie Tapp, Monique (Jerry) Waits, a very special and beloved granddaughter, Laine Gaddie, and a stepdaughter, Anya (Michael) Best-DeLaura, all of Kentucky. He was predeceased by his son, Jack, and siblings Sterling, Dudley, Jack, Berry and Mary Litsey, and he will be sorely missed by his older brother, William Tapp, also of Elizabethtown. The funeral will be Thursday at 11 a.m. at Severns Valley Baptist Church Chapel. Burial will follow in Hardin Memorial Park. Visitation will be from 4 to 7:30 p.m. Wednesday at Brown Funeral Home and continue from 9 to 10:30 a.m. Thursday at Severns Valley Baptist Church Chapel. There will be a Prayer Vigil service at 7:30 p.m. Wednesday at the funeral home. Condolences may be expressed online at www.brownfuneral.com. 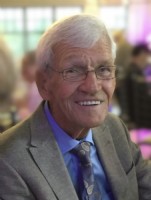