Brenda Couch Lowe passed away peacefully at her residence on August 25, 2022. She was born in Evansville, Indiana on December 19, 1947, the daughter of Frank and Elsie Couch. Brenda graduated from Daviess County High School in Owensboro and attended Western Kentucky University. There she was a member of the Rebelettes Girls Drill Team affiliated with the Military Science Department when the team won a national championship in Washington DC. In June 1968 she married 2d Lieutenant Greg Lowe and together they began an adventure in military service for the next 30 years that took them all over the United States and on three assignments to Germany. She set up her household in 18 different places and left her mark for the better on each place. She helped her husband take care of Soldiers and their families, was an officer in several officer's wives clubs, was a teacher's aide in San Francisco, California and Lansing, Kansas and was active in church and chapel activities. Her real passion was as a preschool teacher and director at Cecilia Baptist Church where she developed the minds and skills of 3 to 5-year-old children. Students in her first preschool classes now in their mid-twenties still proclaim "Miss Brenda" was the best teacher they ever had. She also taught Sunday School at Cecilia Baptist Church and at Living Faith Baptist Fellowship. She never failed to interact with children at the grocery store, on the street, in restaurants or anywhere they might happen to meet. She always left them smiling and all the while she was beaming. Brenda never met a stranger and could truly be called a "People Person" Her greatest accomplishment was in raising two exceptional children Bethany and Stephen as she ensured they had experiences and opportunities that many children could only dream about. They learned to be caring, compassionate and helpful to others through her example. Brenda is survived by her husband of 54 years, COL (Ret) Greg Lowe; daughter, Bethany (Mike) McGuffin; son, Senior Chief Petty Officer (Ret) Stephen Lowe; five grandchildren, Angel Kotzur (deceased), Megan McGuffin, Madison McGuffin, Ty McGuffin and Evan Lowe; and her sister Bonnie (Dave) Rupsch and a number of nieces and nephews. The funeral will be Monday at 11 a.m. at Brown Funeral Home. Visitation will be Sunday from 3 to 8 p.m. and continue after 9 a.m. Monday at the funeral home. A graveside service will be held Monday, September 12, 2022 at 2:30 p.m. at Kentucky Veterans Cemetery Central in Radcliff. Condolences may be expressed online at www.brownfuneral.com. 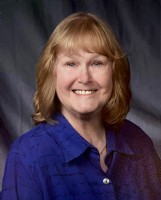