Jackie D. Gillock, 81, of Elizabethtown, passed away Saturday, January 15, 2022 surrounded by his family at Highlands Nursing and Rehabilitation Center in Louisville, KY. He died with Parkinson's, dementia and pneumonia. He was preceded in death by his parents, Frank and Rosa Gillock, 8 brothers, 3 sisters, and infant son, Franklin Shane. Survivors include his son Mike (Traci) Gillock, his daughter, Chanin (Rob) Payne, his grandchildren, Jackson Gillock, Chandi Wilson and Tyson (Rachel) Brown. As many of you know, Jackie lived life to the fullest, on the edge, and spent much of his time at his favorite tracks betting the horse races. At Jackie's request, there will not be a funeral, instead we would like people to place a bet on their favorite horse at the Derby this May. Also, donations may be made to the Parkinson's Foundation or any organization supporting Parkinson's research and treatment. Condolences may be expressed online at www.brownfuneral.com. 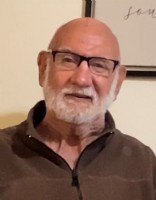