Leonard "Jerry" Hamilton, 74 of Elizabethtown, passed away Wednesday, December 29, 2021 at Baptist Health Hardin in Elizabethtown. He was born in Livermore, Kentucky on June 11, 1947 and was the son of Leonard Jerry Hamilton Sr and Louise Lyle. Leonard was a lineman for Nolin RECC since 1978. After his retirement in 2010, he was a heavy equipment operator for his business, The Hamilton Backhoe Service. He was the Scout Master of the Boy Scout Troop 221 and a member of The Journey Church. He enjoyed talking to people and never met a stranger. He enjoyed going on horse riding trips, hunting, fishing, loved spending time with his family, friends, grandkids and his great-grand kid. He was preceded in death by his parents; a daughter, Lisa Renee Hamilton; and his loving wife, Mary Frances Hamilton. Survivors include his sister, Dianne (Bill) Wilson of Hartford, Kentucky; two sons, Robbie (Deanna) Hamilton and Michael Todd Hamilton; three grandchildren, Nikki Lynn Hamilton, Holly Renee Hamilton, and Jacob Wayne Hamilton; and one great-granddaughter, Ivy Renee Loraine Stewart, all of Elizabethtown. The funeral is Monday, January 3rd at 11 a.m. at Brown Funeral Home in Elizabethtown. Burial will follow in Elizabethtown Memorial Gardens. Visitation will be Sunday from 4 to 8 p.m. and continue after 9 a.m. Monday at the funeral home. In lieu of flowers, donations can be made to The Journey Church. Condolences may be expressed online at www.brownfuneral.com. 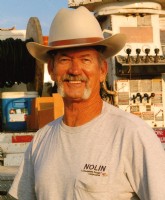