Lt. Colonel (retired) John Westfall Morrison, Jr., passed away on Friday, August 20, 2021 at Baptist Health Hardin in Elizabethtown, KY. Jack was born to John W. and Jane Selecman Morrison in Richmond, VA, on June 20, 1939. He leaves behind to cherish his memory his wife, Sheryl, whom he wed in 2002, his daughters from his first marriage of 39 years to the late Marion Blackstone: Rae (Ron) Scott, Mt. Washington, KY, Angela McCurdy, Louisville, KY, and Pamela Morrision, Louisville, KY: three adult grandchildren: Cameron McCurdy, Lauren McCurdy, and Erin McCurdy, all of Louisville; stepchildren: Lori Sandlin, Elizabethtown, KY and Chad Radford, Austin, TX and one step-granddaugther, Saylor Sandlin, of Bowling Green, KY; his sisters, Linda (Dave) Douglas of Jacksonsville, NC and Carol (Virginia Barter) Morrison of Dandridge, TN. He was preceded in death by a sister Julia Morrison of Lawrence, KS. Jack's love of God, country, and family were evident to all who knew him. He was dedicated to promoting clean water to the people of Haiti through Living Waters of the World and Memorial United Methodist Church. He was so very proud that nine water purification systems are currently producing gallons of clean water for the people near Port de Paix, Haiti. Jack loved jazz music, fishing, being in nature, traveling, and especially spending time with his family and little dog, Bella. Jack was a graduate of Randolph-Macon College and Union Presbyterian Seminary in Virginia. He received a Doctor of Ministry in Psychology and Clinical Studies from Andover Newton Theological School in Boston, MA. Jack served as a pastor in Virginia churches from 1961-1974. In 1974 he became a U.S. Army Chaplain and over the course of 26 years in the army, he served in various assignments from Fort Bragg, NC, Korea, Key West, FL, Fort Devens, MA, Frankfort, Germany, Arlington National Cemetery, and Fort Belvoir, VA. His last assignment was as the Family Life Chaplain at Fort Knox, KY, where he retired in 2000. Chaplain Morrison graduated from the Airborne Jumpmaster, Special Officers and the Command and General Staff College military courses. Upon his retirement, he opened Good Shepherd Counseling Ministries from which he retired in 2018. Visitation will be at Memorial United Methodist Church on N Miles Street from 12 to 2 on Saturday with the Service to follow at 2 pm. Burial with full military honors will be at the Kentucky Veteran's Cemetery in Radcliff, KY at a later date. In lieu of flowers, memorial contributions may be made to Living Waters of the World, Memorial United Methodist Church, 631 N. Miles Street, Elizabethtown, KY. Condolences may be expressed at brownfuneral.com. 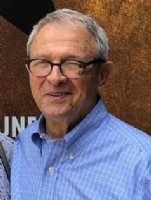