Jeffrey J. Pitts, 63, of Elizabethtown, passed away Wednesday, August 4, 2021 at Baylor St Lukes Medical Center in Houston, Texas from complications arising from a planned aneurysm surgery. Jeff was born January 4, 1958 in Louisville, Kentucky. After graduating from the University of Kentucky in 1981, Jeff served his country as an Armor Officer in the 194th Armored Brigade at Fort Knox from 1981-1985. For the next 35 years, Jeff was an accomplished real estate agent, broker, developer and entrepreneur with RE/MAX Executive Group. He also owned and operated Executive Group Property Management in Radcliff, Kentucky. He served as a mentor to many in the real estate business throughout the years. Jeff was an avid baseball fan and coached little league with the Elizabethtown Area Baseball Commission. He was affectionately known as Gramps to his grandchildren. He was preceded in death by his parents, Buford D. Pitts and Jolinda F. Henson Pitts. He is survived by his wife of 40 years, Rhonda K. Gilbert Pitts of Elizabethtown; two sons, Jay T. Pitts (Jen) and Zachary S. Pitts, both of Louisville; two sisters, Cindy Keiper of Ekron, and Cissie Stancill of Elizabethtown; a brother, Don Pitts of Elizabethtown; and four precious grandchildren, Preston James, Parker Rosemary, Evelyn Elizabeth and Colton Spencer Pitts. A private service will be held for his extended family with a burial in Elizabethtown Memorial Gardens. Visitation for the public will be Thursday, August 26th from 1:00 pm to 7:00 pm at Brown Funeral Home in Elizabethtown. The Pitts family wishes expressions of sympathy be made in the name of Jeff Pitts to the Susan G. Komen Foundation, 13770 Noel Road, Suite 801889, Dallas, TX 75380 Condolences may be expressed online at www.brownfuneral.com. 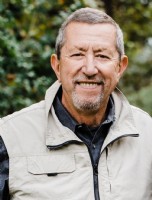