Diana L. Sparks, 75, of Elizabethtown passed away Monday, February 15, 2021 at Baptist Health Hardin. Services will be private. Diana started working as a waitress in the 1960s. Her dependability, motivation, and attention to detail lead her to her career in management. Throughout her career she received many awards which highlighted her leadership qualities; confidence, creativity, and innovation. When Diana had a vision she made it happen with both purpose and passion. She was an excellent seamstress and designer, and was known for her decorating abilities, cooking, witty humor, and lack of a filter when speaking her mind. She found joy in paying in forward to those around her and endless charities. Diana managed The Officers Club at the Armory Depot in Granite City, Illinois from 1972-1982. In addition to the Officers Club, she was promoted to system management in 1979, and took on the management of the packaged liquor store and NCO club. Diana retired in 1982 when she met and married the love of her life, Thomas Sparks Jr. Thomas treated her as a queen their entire lives together and cared for her in their home for the last 2 years of her life. She is loved and missed dearly by all of her family and those who knew her. Left to honor her name is her devoted husband of 39 years, Tom; 2 children, Scott (Patricia) Christ of Rineyville, Laura Christ Woosley of Elizabethtown; 5 grandchildren, Mary (Barry) Thornton of Louisville, Shawn and Kayla Christ of Rineyville, Peyton and Hunter Woosley of Elizabethtown. 4 great grandchildren, Kody, Blake, Bella, and Layne. Her urn will be placed in the Veterans Wall, Ft. Knox, KY. 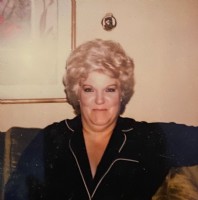