Beloved husband, father, grandfather, and great-grandfather Glenn McArthur Andrews returned to the Lord on February 2, 2021. Glenn was happily married to Jacqueline Barry Andrews for 38 years. Glenn was father to Dennis Andrews, Gioia Andrews Ferrill, Violetta Delia Hinkell, Carol Andrews Dow, and four stepchildren. He was blessed with 18 grandchildren and 5 great-grandchildren with one on the way. One day after Glenns seventeenth birthday, he enlisted in the military to join the forces in Vietnam. His service in the U.S. military lasted for over 20 years and he retired as a Sergeant First Class E7. Throughout his service, he was awarded the Vietnam Service Medal, National Defense Service Medal, Republic of Vietnam Campaign Medal, Air Medal, two Overseas Service Bars, Meritorious Unit Commendation, Republic of Vietnam Gallantry Cross, Army Commendation Medal, Meritorious Service Medal, and multiple Good Conduct Medals. After leaving the military, Glenn began working as a nurses aide at Hardin Memorial Hospital. He went on to earn a degree in business and transitioned to working in human resources. Glenn later moved to the Dana Corporation where he continued to work in human resources. After retiring from Dana, Glenn enjoyed his days spending time with his beautiful wife and family as well as working as a volunteer at Hardin Memorial Hospital. He will be dearly missed. The funeral will be Saturday at 11 a.m. at St. James Catholic Church with Rev. Kirby Rust officiating. Burial will follow in St. James Cemetery. Visitation will be from 4 to 7 p.m. Friday and continue after 9 a.m. Saturday at Brown Funeral Home. Condolences may be expressed online at www.brownfuneral.com. 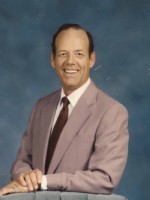