Frank Alan Jones, 75, passed away peacefully at home with family by his side on Monday, November 16, 2020. He was a native of Odessa, TX, where he graduated from Permian High School, later receiving a degree from LSU and a Masters degree from Embry Riddle. After serving in the Vietnam war and earning several awards, he settled in Elizabethtown with his wife Nina. He is preceded in death by his parents, C. W. and Louise Jones and a brother, Wes Jones. Surviving him is his wife of 53 years, Nina Gregory Jones, a daughter, Heather Jones-Glass (James Ewer, Jr., Noah, Olivia, Alexa, Anya, and Sydney, a son, Bill Jones (Jamie Priddy Jones and Cooper). There will be no visitation. A private graveside service will be held at the Kentucky Veterans Cemetery Central in Radcliff at 10 a.m. on Monday, November 30, 2020. In lieu of flowers, the family requests that you make a donation to a charity of your choice. Condolences may be expressed online at www.brownfuneral.com. 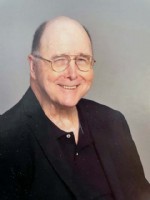