Jeffrey Scott Davis, 55, passed peacefully on June 14, 2020 at Hardin Memorial Hospital. Jeff was born September 2, 1964 in Chattanooga, Tennessee. Jeff grew up in Elizabethtown, but spent all his summers in Chattanooga. He graduated from Elizabethtown High School where he participated in baseball, track, football, and was on the football team that played in the 1981 State Finals. Jeff was also the first ever EHS Homecoming King. (Listing this in the obituary would make him laugh out loud!) Jeff graduated from the University of Kentucky and was a member of the Sigma Chi Fraternity. Jeff had a career in medical sales for over 25 years in Chattanooga, Tennessee and for the last 15 years in Elizabethtown, Kentucky. Jeff loved spending time with his family, swimming, Tennessee football, traveling, cooking, wine and eating. He would annoy the kindest waitress while ordering and reordering food in restaurants. He had a big personality and lived life to the fullest. He was fun loving and a bright light! He will be missed greatly by family and friends. He was preceded in death by his father, Thomas Davis. Left to cherish his memory is his wife, Renee Davis; stepdaughter, Casey Richards (JR); granddaughter, Parker; mother, Janice Bailey and stepfather, Bill Bailey. A memorial gathering to celebrate his life will take place on Thursday, June 18th, from 5 to 7 pm at Brown Funeral Home in Elizabethtown, Kentucky. In lieu of flowers, the family requests you please consider making a gift in Jeff's honor to St. Jude Children's Hospital or the Kentucky Humane Society. Condolences may be expressed online at www.brownfuneral.com. 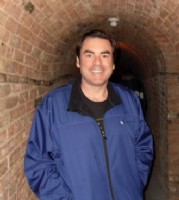