Dr. Gary King Sharp, 79, of Elizabethtown, died Friday, May 22, 2020, at his home. Gary was born in Whitley County, Kentucky on January 27, 1941, to the late Glenn W. and Lora White Sharp. He married Ruth Craig in 1961, after graduating from Cumberland College with a BS in Commerce. Gary was ordained to the ministry at Rockholds Baptist Church in 1962. He later attended Southern Baptist Theological Seminary where he attained his Master of Divinity degree in 1967, and his Doctor of Ministry degree in 1978. He completed a Clinical Pastoral Education Residency in 1990. Gary served as pastor at churches in Indiana, as well as Lexington and Russellville Kentucky, before moving to Elizabethtown in 1984. Locally he pastored at Berean Baptist Church and Heavenbound Baptist Church. Gary also ministered through Hospice of Central Kentucky as a chaplain. He then worked as a social worker for Hardin County Child Protective Services. He served many churches in the area as an interim pastor, and participated in international missions in Kenya and Venezuela. Gary also led several World Mission Conferences for the Southern Baptist Convention and served on Kentucky Baptist Convention boards, and with their Disaster Relief Team. He was a member of Living Faith Baptist Fellowship. Gary loved serving God, cars, playing cards, telling good stories, spending time with family and friends, finding ways to serve any who were around him, and doing anything his grandchildren wanted to do with him. Gary will be forever remembered by his devoted wife of nearly 59 years, Ruth Craig Sharp; his daughter Dr. Linnea ( Dr. Greg) Smith; son Gary Stuart Sharp, and five very loved and special grandchildren. He is also survived by the family of his late sister Pat Feeback. Visitation is Tuesday, May 26 from 11:00 am to 1:00 pm, with memorial service to follow at Brown Funeral Home. Reverend Roger Jasper will officiate. All attendees are asked to wear a mask. Services will also be live-streamed on the Brown Funeral Home Facebook page. Burial will be in Hardin Memorial Park. Expressions of sympathy may be made to Hosparus of Central Kentucky, or Living Faith Baptist Fellowship. Condolences may be expressed online at www.brownfuneral.com. 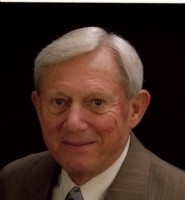