Anthony "Butch" Sarver, 68 of White Mills, died Tuesday, April 21, 2020 at his home. He was a native of Hardin County, served in the U. S. Air Force and was a Deacon at White Mills Baptist Church where he was fondly known as the "Candy Man". Butch was a former volunteer Fire Chief at Stephensburg Volunteer Fire Department, a Mason and a member of DAV and American Legion. Butch was a retired welder at Ft. Knox Civil Service and was a Jack of all trades. He was preceded in death by his parents, James Calvin and Velma Nugent Sarver and a brother, Dr. James Michael Sarver. He is survived by his wife of 50 years, Carla Jo Trujillo Sarver; three sons, Timothy Alonzo (Laura Beth) Sarver and Chad (Kimberly) Sarver all of White Mills and Eric (Ashley) Sarver of Elizabethtown; one brother, Robert Sarver; one sister, Debbie (Dennis) Fulkerson; eight grandchildren; five great grandchildren and his lifelong friends, Kenny and Brenda Elmore and Robie and Terry Richardson. Services are private with burial in Stephensburg Cemetery. Expressions of sympathy may take the form of Contributions to White Mills Baptist Church. Condolences may be expressed online at www.brownfuneral.com. 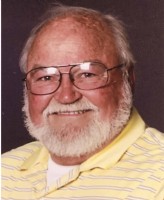