Barbara Jean Goodin, 77, of Elizabethtown, died Tuesday, March 17, 2020 at Sayre Christian Village in Lexington after a long battle with salivary gland cancer. She was a native of Elizabethtown, a 1961 graduate of Elizabethtown High School, and retired from the Lincoln Trail District Health Department. She was a longtime member of Cecilia Baptist Church and the American Legion Post #378. She was preceded in death by her husband, William Langley Goodin; and parents, Charles Eldon Kirtley and Lillie Carter Kirtley. She is survived by her daughter, Karen (Matt) Coakley Hawkins of Lexington; a brother, Robert (Clyda) Kirtley of Leitchfield; a sister, Betty Henderson of Elizabethtown; and two grandchildren, Alex and Hunter Hawkins. Visitation will be from 3-4 p.m. Thursday at Brown Funeral Home followed by a private graveside service. Expressions of sympathy may take the form of donations to the American Cancer Society. Condolences may be expressed online at www.brownfuneral.com. 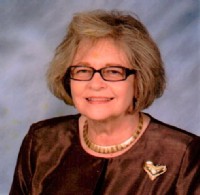