Charles Rider Jeffries, 76 of Elizabethtown, died Tuesday, April 30, 2019 at his home. He was a native of Hardin County and served in the U. S. Navy during the Vietnam war as a UDT Frogman on board the USS Enterprise. He was a lifetime member of Gilead Baptist Church where he held many positions including being a Deacon. He retired from Crucible Steel after 30 years and was the owner and operator of Jeffries Trucking. He was preceded in death by his parents, Raymond Miller Jeffries and Dorothy Mae Rider Jeffries and a brother, Bronston Ray Jeffries. He is survived by his wife of 54 years, Ramona Knoth Jeffries; two sons, James Ray (Kelli Osborne) Jeffries and Charles Bronston "Bronnie" (Lisa Smith) Jeffries all of Elizabethtown; one daughter, Betsy (Joseph) Hobbs of Elizabethtown; a foster daughter, Kathy Butler of Franklin, TN; one brother, Freddie Stark (Brenda Knoth) Jeffries of Elizabethtown and eight grandchildren, Ray Jeffries, Westen Jeffries, Maura Jeffries, Jacob Hobbs, Adam Hobbs, Andrew Hobbs, Cole Jeffries and Tucker Jeffries. A Celebration of life will be Friday at 11 a.m. at Gilead Baptist Church with Bro. Mike Bell and Bro. Nathan Joyce officiating. Burial will follow in the church cemetery. Visitation will be from 3 to 8 p.m. Thursday at Brown Funeral Home and continue after 9 a.m. Friday at Gilead Baptist Church. Expressions of sympathy may take the form of Contributions to Gilead Baptist Church Cemetery Fund. Condolences may be expressed online at www.brownfuneral.com. 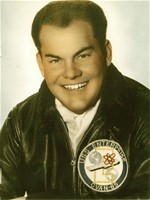