Bruce M. Sherrard, 71, of Cecilia, passed away at home Wednesday, January 24, 2018, surrounded by his family. He retired from Royal Crown Cola Bottling Company in Louisville in 2009 after more than 35 years of employment. He retired from the Kentucky Army National Guard with 20 years of service. He was a long time member of St. John the Baptist Catholic Church in Rineyville, KY. He was preceded in death by his parents, Richard Sherrard, Sr. and Ruby Ray Sherrard; father-in-law, Carlos L. Smith, Sr.; and mother-in-law, Bernice Meredith Smith. He is survived by his wife of 51 years, Joanna Smith Sherrard and their seven children, Kim (Richard) Jordan, Stephen (Ashley) Sherrard, Jennifer (Scott) Kirkpatrick, Andy (Stephanie) Sherrard, Kelly (Eric) Clemens, Matt Sherrard, and Mark Sherrard. He was the loving papaw of 13 grandchildren, Camden, Connor, and Cullen Miller; Jakob, Reece, and Brady Sherrard; Keegan and Breea Kirkpatrick; Emily and Logan Sherrard; Dalton and Dilyn Clemens; Avalynn Sherrard; and two great grandchildren, Parker Miller and Braylee Graham, and one due in the summer. He is also survived by two sisters, Darline Thomas and Sheila Sherrard; and three brothers, Richard Jr., Wendell, and Darrell Sherrard; and very special friends, Larry and Sara O'Bryan of Louisville. The funeral will be Saturday at 11 a.m. at St. John Catholic Church with Rev. Dan Lincoln officiating. Burial will follow in St. John Cemetery. Visitation will be from to 2-8 p.m. Friday and continue after 9 a.m. Saturday at Brown Funeral Home. There will be a Prayer Vigil at 7 p.m. Friday. In lieu of flowers, donations may be made to the Parkinson's Foundation. Condolences may be expressed online at www.brownfuneral.com. 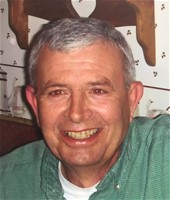