Joyce R. Grant, 87, of Elizabethtown, was called home by her Heavenly Father on August 19, 2017 from Bluegrass Assisted Living under the care of Hosparus. She was formerly a resident of Doe Valley Park, Brandenburg and a native of Louisville where she attended Ahrens Trade High School. She was a member of Northside Baptist Church in Elizabethtown, as well as a Charter member of Elizabethtown Baptist Church. Joyce was a successful business woman as a Broker of her own real estate office, District Manager for Avon, Inc., and Owner/Operator of Metro Marketing. In addition, she served God as a dedicated organist for many churches over a 60 year period. She also enjoyed her time playing with the Heartland Dulcimer Club. She was preceded in death by her husband of 65 years, Bob Grant; her parents, Herbert and Alverda Wiseheart; her brother, Delbert Wiseheart; and granddaughter Deana Stewart Blevins. She is survived by her four children; Gary (Becky) Grant, Diane (Mike) Heitz, Patti (Jim) Stewart and Lori (Everett) Roberts; 8 grandchildren, Jon (Mary) Grant, Keith (Dottie) Stewart, Nathan (Joan) Heitz, Tom Grant, Tricia (Robby) Payne, Chad (Nora) Roberts, Chelsi Roberts and Jeffrey (Deana) Blevins and 15 great-grandchildren. Her Celebration of Life is at 11:00 a.m. Wednesday at Brown Funeral Home in Elizabethtown with Bro. Kevin Roberts officiating. Burial will follow at Cave Hill Cemetery in Louisville. Visitation is from 3 to 8 p.m. on Tuesday and after 9 a.m. Wednesday at the funeral home. Condolences may be expressed online at www.brownfuneral.com. 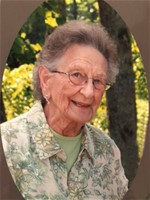