Mrs. Mary Ellis Crosby (née Hamner), of Elizabethtown, KY, passed away on Monday, April 10, 2017 at the age of 92. Mary was born in Morganfield, KY to parents Mary Leona ("Lena") and William Ellis Hamner, on November 9, 1924 and attended Morganfield High School. Following school, she worked for the Army at Camp Breckenridge, before marrying Army Lt. Leonard A. ("Andy") Crosby in 1943. Andy stayed in the Army following World War II, and the couple raised four children over the next 30 years of his Army career. Moving on average every three years, Mary became adapt at managing household moves as the family moved to several locations within the United States and in Europe. During these years, Mary was an active volunteer at various military hospitals, and, upon Andy's retirement from the military, continued to be an active volunteer for the local and national Red Cross and the local Red Cross bloodmobile. She received numerous awards for her volunteer work with Red Cross over many years. Mary is survived by her daughters, Mary Patricia Trimble (Ken) of Madison, Indiana and Mindy Jean Harnish (Jim) of Tampa, Florida; her two sons, Leonard A. Crosby III (Mary) of Coeur d'Alene, Idaho and Michael E. Crosby (Carla) of Louisville, Kentucky; her brother Edward Hamner of Evansville, Indiana; six grandchildren; and nine great-grandchildren. She was preceded in death by her husband, Colonel Andy Crosby and her parents, Lena Byrum and William Ellis Hamner. The body will be entrusted to Brown Funeral Home in Elizabethtown for cremation. A visitation honoring Mrs. Crosby's life will be held from 2-4 p.m. Saturday, April 29, 2017 at the funeral home. Mrs. Crosby's ashes will be interred at Arlington National Cemetery in Washington D.C. with those of her late husband, in a ceremony to be scheduled at a later date. The family is grateful for expressions of condolence, but requests that in lieu of flowers, donations be made in Mary's name to the Elizabethtown Chapter of the American Red Cross. Condolences may be expressed online at www.brownfuneral.com. 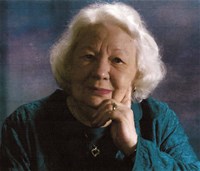