Helen Hibberd Goldie, 93 of Elizabethtown, died Tuesday, March 28, 2017 at her home. She was a native of Hardin County and an active member of Memorial United Methodist Church where she was in the Women's Club. She taught school for 18 years at Helmwood Heights Elementary School and Morningside Elementary School and was a member of the Retired Teachers Association and the NARFE. She was preceded in death by her husband, William Goldie; her parents, Lillian and Lyon Frost Hibberd, Sr. and a brother, Lyon Frost Hibberd, Jr. and a granddaughter, Edith Goldie. She is survived by a daughter, Gladys Ann (Howard) Mills of Elizabeththown; three sons, Michael (Edie) Goldie of Tallahassee, FL, Dr. Robert (Gloria) Goldie of Atlanta, GA and David Goldie of San Pedro, CA; six grandchildren, Tara Patrick, Melisa Goldie, Sarah MMcKinzie, Steffan Mathis, Leslie Bassett and Ann Gabbert; six great grandchildren. The funeral will be Saturday at 11 a.m. at Brown Funeral Home with Rev. Allen Gibson officiating. Burial will follow in Elizabethtown Memorial Gardens. Visitation will be Friday from 6 to 8 p.m. at the funeral home. Expressions of sympathy may take the form of Contributions to Hosparus. Condolences may be expressed online at www.brownfuneral.com. 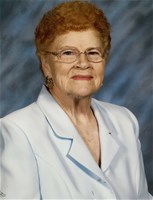