Lori White Cleaver, 56, of Elizabethtown, died Saturday, January 1, 2022, at Baptist Health Hardin. She was born in Minneapolis, MN, grew up in Owensboro and moved to Elizabethtown in 1994. She was an active mother and volunteer with all the activities her daughters were involved in, including Heartland Gymnastics. She was preceded in death by her father, Worley Gentry and her sister, Debbie Lanphear. Survivors include her husband of 5 years, Brian A. Cleaver; two daughters and their husbands, Amanda White Mullis and Andrew of Louisville and Kelsey White Bow and Braedon of Georgetown; a step daughter, Sarah Cleaver of Virginia; her mother, Alice Gentry Ward (Donald) of Owensboro; two brothers, Ed Gentry (Lisa) and Scott Gentry (Tracey) all of Owensboro and four grandchildren, Blakely, Rilynn and Lorelei Bow and Camden Mullis. The funeral will be Thursday at 11 a.m. at Brown Funeral Home. Burial will follow in Rose-hill Elmwood Cemetery in Owensboro. Visitation will be from 4 to 8 p.m. Wednesday and continue from 9-11 a.m. Thursday at the funeral home. Condolences may be expressed online at www.brownfuneral.com. 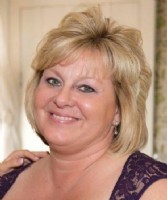