George Edward Muth, 88, of Elizabethtown, died Thursday, February 4, 2021 at Helmwood Healthcare. He was a native of Meade County and was a 1950 graduate of Rineyville High School. He served in the U.S. Air Force while in Japan and retired from Fort Knox Civil Service as an aircraft mechanic. He was a member of Cecilia Bank Hometowner's Club, was a Kentucky Colonel, and owned rental properties where he gained numerous extended family members. He will be remembered for his sense of humor. He was preceded in death by his parents, J.A. "Bud" Muth and Louise E. Basham Muth. He is survived by his wife of 69 years, Mildred Goodman Muth; son, Gerry Muth of Elizabethtown; granddaughter, Jessica Muth of Elizabethtown; and special friend, Richard Leary. A graveside service will be at 11 a.m. Tuesday, February 9, at Elizabethtown Memorial Gardens. Expressions of sympathy may take the form of donations to General Ben Hardin Helm Camp, PO Box 1970, Elizabethtown, KY 42702. Condolences may be expressed online at www.brownfuneral.com. 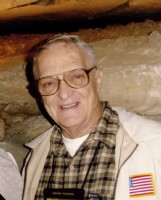