Charlene Skaggs Thorp, 75, of Elizabethtown, died at Kensington Manor on January 11, 2021 at 7:45 am. She was born April 7, 1945 in Big Reedy, KY. She was preceded in death by her loving husband, Coy T. Thorp Sr., who died July 1, 1991. She is survived by her sisters, Elva Mae Henning and Mary Ann Frye; her three children, Stacy Hayes of Elizabethtown, Coy Thorp, Jr., of Folsom, CA, and Benny L. Thorp of Atwater, CA., as well as five grandchildren, Anne and Emma Thorp of Folsom, CA, and Alyssa, Kayleigh, and Ryder Thorp of Atwater, CA. She was a longtime resident in both Hardin and LaRue counties, where she raised her three children and supported her family. She enjoyed sewing, and made many quilts and doll clothes for her grandchildren. She was an active member of LaRue Co. Church of Christ as one of the founding members, and was active in the American Cancer Society, as she was a two times survivor. A socially-distanced memorial service will be held at LaRue Co. Church of Christ on Saturday, January 16 at 1 pm. Masks are required. She will be laid to rest with her husband at Roundtop Baptist Church on Roundtop Road in Elizabethtown. In lieu of flowers, her family asks that donations be made in her memory to the American Cancer Society at http://main.acsevents.org/goto/charlenethorp. Condolences may be expressed online at www.brownfuneral.com. 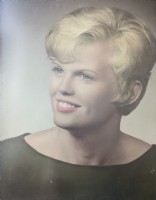