Jesse Franklin Burton, Sr. 83 of Cecilia, died Saturday, December 8, 2018 at his home. He was a native of Hardin County, a member of St. John Catholic Church and former member of Knights of Columbus Council #1455. He was the former owner and operator of Burton Trucking for 36 years for Landstar Ligon, was a Kentucky Colonel and he was known as the greeter at Nolin Lake Moutardier Marina. He was preceded in death by his wife of 56 years, Mary Viola Vessels Burton; his parents, Jess F. and Ether Minton; a granddaughter, Marti Humes and 6 brothers and sisters. He is survived by six children, Mary Frances Jamison of Elizabethtown, Jessica Brangers of Vine Grove, Angela Gale Young (Eddie Couch) of Glendale, Louann Quigley of Georgia, Jesse "Frankie" Burton, Jr. (Barbie J.) of Eastview and Kim Wright (Jerry) of Elizabethtown; 13 grandchildren, 21 great grandchildren and 3 great grandchildren. The funeral will be Wednesday at 12 noon at Brown Funeral Home with Chaplain Philip Duncan officiating. Burial will follow in St. John Cemetery. Visitation will be from 4 to 8 p.m. Tuesday and continue after 10 a.m. Wednesday at the funeral home. Condolences may be expressed online at www.brownfuneral.com. 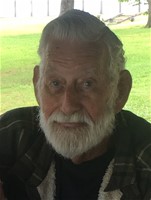