Ronald J. Pence (Ronnie) 62, of Elizabethtown died November 26, 2017 at his home after an 11 month battle with cancer. Ronnie was born and raised in Hardin County, an elder and founding member of Crossroads Baptist Church in Elizabethtown. He was preceded in death by his 89 year old father, William Fred Pence. He is survived by his mother, Kathleen Pence who lives at Robinbrooke Senior Living; his wife of 13 years that he's been with for 18 years, Nancy S. Pence; two daughters, Jessica (Justin) Lewis of Elizabethtown and Erica Pence of Lexington; two sons, Jeremy (BJ) Smith of Murfreesboro and Zachary (Katie) Minor of Glasgow; one brother, Jerry (Linda) Pence of Pilot Mountain, North Carolina; and four grandchildren, Madie Smith (19), Peyton Smith (15), Miley Smith (9), and Ryan Lewis (3). Ronnie graduated from West Hardin High School in 1973, The University of Kentucky with a B.S. in Accounting in 1977, the Kentucky School of Banking in 1992, and the Graduate School of Banking at Louisiana State University in 2007. He was a founding member of Kentucky Neighborhood Bank where he served as President/CEO, Director, and major stockholder until the bank was sold to South Central Bank in 2016. Since the sale of the bank he has remained as Regional President and Director of South Central Bank. Ronnie was also past president of (AUSA) Association of United States Army in 2008, Director of the Hardin County Chamber of Commerce for many years and served on many committees along with being chairman of the Board in 2009. He was also a past director of the United Way of Central Kentucky. Ronnie has been a long time member of the noon time Rotary, recognized as Paul Harris Fellow, and served as President of the Club. He was a graduate of Leadership Elizabethtown in 1997 and was recognized by Elizabethtown Community and Technical College in 2007 as a Distinguished Alumni and was recognized by the Governor of the State of Kentucky as a Kentucky Colonel. He was an avid golfer, beach lover, diehard University of Kentucky fan, and loved to travel the world with his wife, the love of his live and best friend, Nancy, where they visited many different countries. The funeral and visitation will be at Crossroads Baptist Church located in the old Severns Valley Building at 401 W. Poplar Street in Elizabethtown. Dr. Rob Sumrall will be officiating the service. Visitation is from 12 p.m. to 8 p.m. on Tuesday, November 28th and will continue Wednesday at 10 a.m. until the funeral begins at 2 p.m. Burial will follow in Elizabethtown Memorial Gardens. Expressions can be made through a contribution to the Crossroads Baptist Church Building Fund in place of flowers if you prefer. Brown Funeral Home will be handling the arrangements. 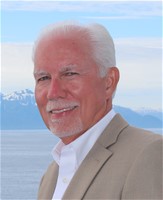